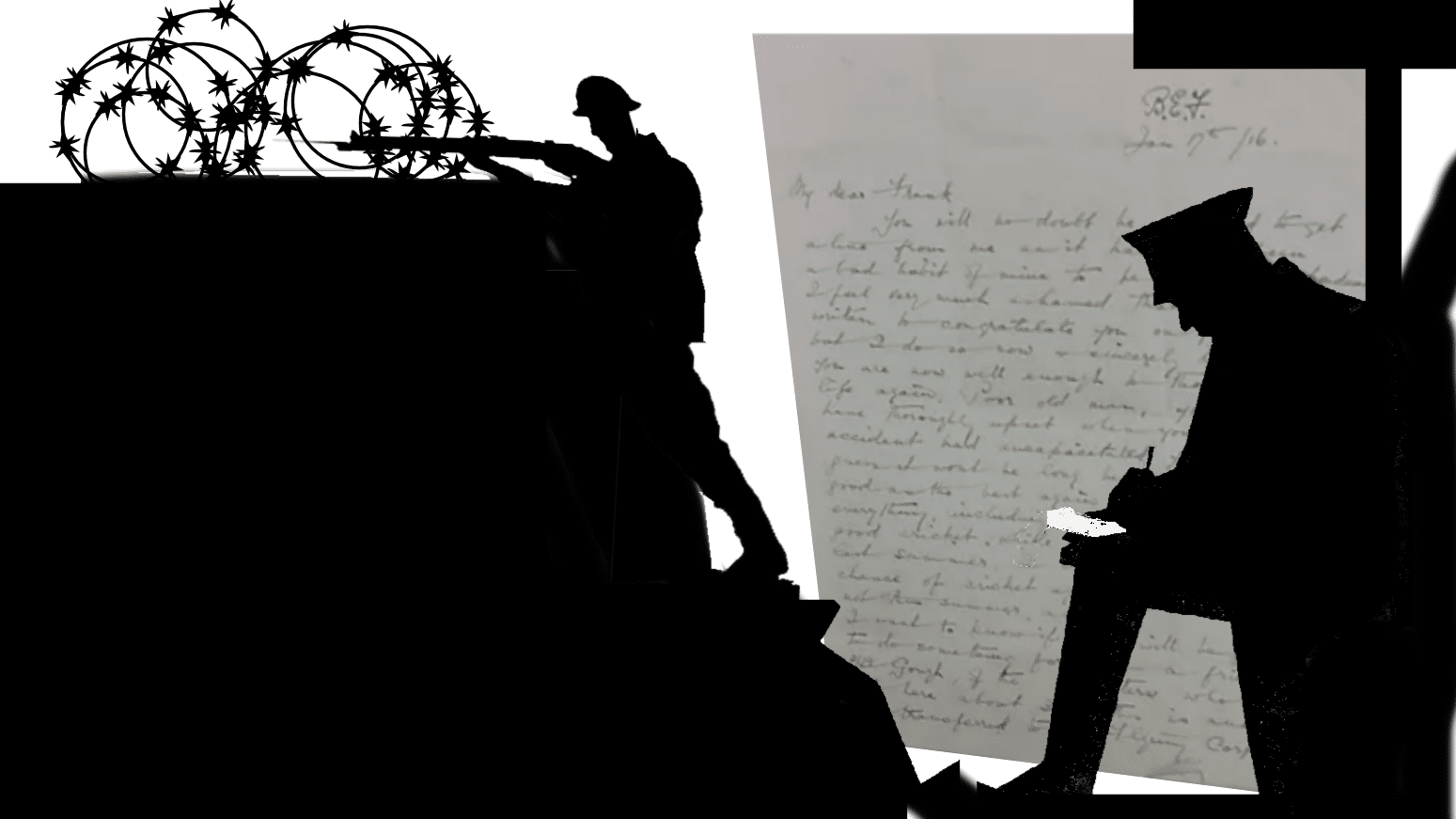 With celebrations underway for Armed Forces Day on 22 June this year, it prompted me to look again at the WW1 letter I found tucked into a sofa I was working on for a client.

It was a moment I’ll never forget and one of the many reasons the team and I love what we do. When we deconstruct a piece of traditional furniture, we are effectively removing layers of history. And as we do, we’re able to imagine where it’s been. Who has taken afternoon tea (or a gin or two!) on a sofa? What stories have been told to grandchildren from a worn-out armchair?

It’s fascinating to let your mind wander and linger over the many possibilities. And this sofa went further and had our imaginations working over time! Here’s why:

In 1917 Britain was at war. Now, in 2020, it’s hard to think about how that would have affected people in everyday life—the longing for a ‘normal’ existence; to eat, to dream. I can only imagine the dull ache of fear creeping into each day as soon as you woke. The fear of a telegram arriving on the doorstep. Or a white feather; a dark reminder of others’ expectations of you to fight and die for your country.

It’s almost impossible to understand how they must have felt. But a few years ago, a simple reminder of how life goes on in the darkest of times became very clear to me while preparing a sofa ready for re-upholstering.

Because a piece of paper fell out of the sofa. It was a letter—dated 1916.

Message from another era

The writer was evidently serving his time in the forces in Africa. And he was writing to his father asking for help to be transferred to another regiment in Canada. He believed his father influenced the right spheres to be able to help him.

The letter conjures up an image of father and son separated by many hundreds of miles communicating by post. Almost unheard of today in our world of social media! No text messages then. Just the passing of time, waiting for a reply.

This desperate son was seeking protection from the worst of the war. I guess there is a real possibility that by the time the letter was being read, he could have been injured or killed.

The letter makes fascinating reading simply because it is life being lived in the most frightening of times.

Upholstery is a tradition steeped in history

I can picture the father sat on his sofa in Sussex reading his son’s letter, possibly with some feeling of disapproval at the request within.

And while imagining that my train of thought brings me back to the sofa’s upholsterer in 1910, or even earlier. Starting work on a brand-new sofa in a workshop full of hair and hessian. He would have learned his skills as an apprentice to an upholsterer from 1880 or 1890. It puts a real perspective on how this master craft has remained true to tradition over hundreds of years.

As upholsterers, we have a connection to the past. We are rebuilding memories, and the good amongst us are using those same skills, horsehair and hessian, stitching and knotting, applying the skills taught to us by a fellow who likely learnt his skills in the ’50s, ’60s or ’70s. And so the circle turns.

Every sofa tells a story

It’s true, and we see it every day in our workshop. It may be a twenty-year-old sofa that you’ve seen your children grow up on or a sofa that has been in your family for a hundred years and been used by several generations of family and friends. Memories of historical moments in time, family events, shared laughter with friends.

And there I was, standing in the present day, in 2017, thinking of the father reading his son’s letter. He appears to have slipped it down the side of the sofa, which is how I was able to find it 100 years later. Was he hiding it, so he didn’t have to act on it? Was he planning to come back to it later that day? What happened to him and his son – were they eventually reunited?

Stripping back the original covering that father and son would have sat on together on many occasions, I felt a mix of sadness and pleasure. I was ripping out a little bit of history, but I was also preserving it. The sofa was handed down as an heirloom, and, although the son may not have returned home from the war – the sofa lived on.

Let your sofa live on to inspire memories

It makes me wonder how many of us have a piece of history sat in our living rooms that’s worth preserving for our children and grandchildren. A sofa is often in constant use and can sometimes look tired and worn. It may have seen better days and showing the passing of time. But how sad it would be to let it crumble to dust.

Adding a new chapter to your sofa’s story and retaining those memories is what my story is to you. I have a desire to express our traditional values without compromise, bring back to life your memories for the next generation and the next hundred years.

Our craftsmanship is a stitch in time, linking us to times past.

All sofas have a story to tell, and the older they are, the more fascinating. So, if yours has stories to tell, it’s worth hanging onto for generations to come.

If you want to breathe life into a family heirloom lying sad and underused, tell us about it! We can help restore the furniture – and the memories.